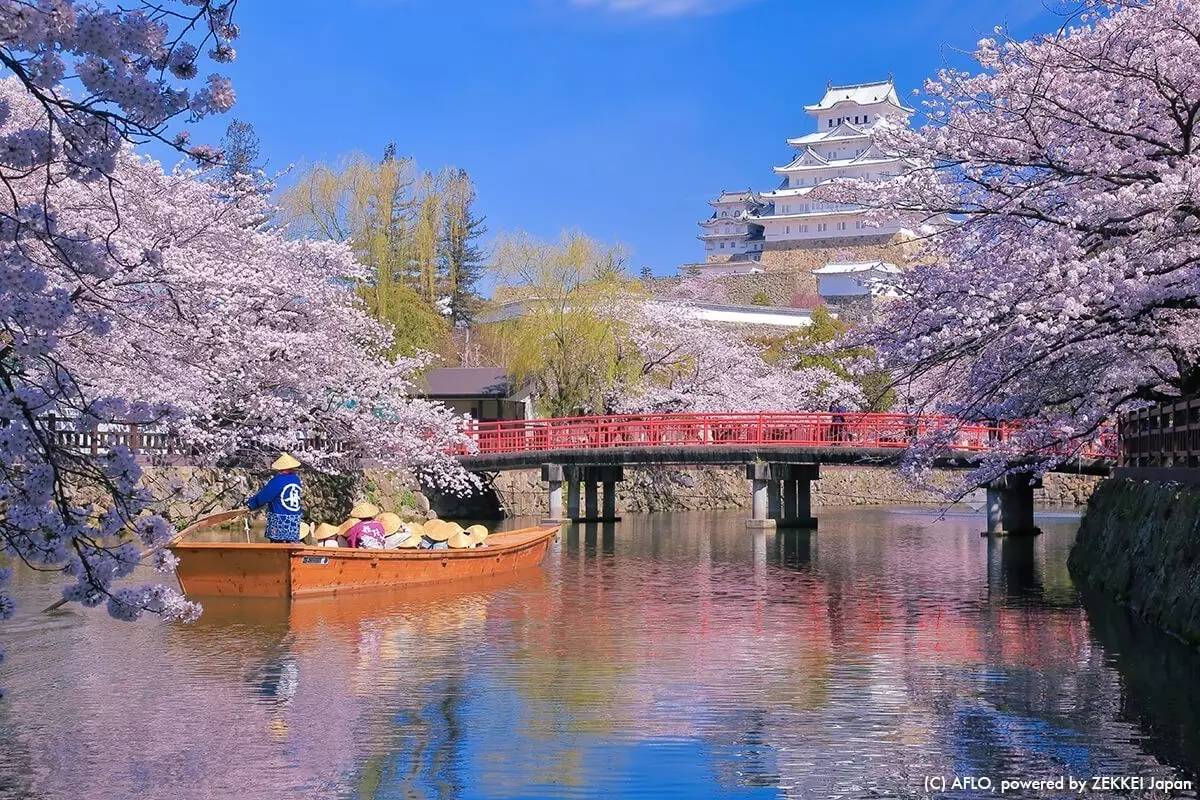 Himeji Castle (姫路城, Himejijō), also known as White Heron Castle (Shirasagijo) due to its elegant, white appearance, is widely considered Japan's most spectacular castle for its imposing size and beauty and its well preserved, complex castle grounds. The castle is both a national treasure and a world heritage site. Unlike many other Japanese castles, it was never destroyed by war, earthquake or fire and survives to this day as one of the country's twelve original castles. The castle recently underwent extensive renovation over several years and was fully re-opened to the public in March 2015.

Himeji Castle lies at a strategic point along the western approach to the former capital city of Kyoto. The first fortifications built on the site were completed in the 1400s, and were gradually enlarged over the centuries by the various clans who ruled over the region. The castle complex as it survives today is over 400 years old and was completed in 1609. It comprises over eighty buildings spread across multiple baileys, which are connected by a series of gates and winding paths.

Most visitors to Himeji Castle enter the castle via the Otemon Gate into the admission-free third bailey (Sannomaru). The Sannomaru contains of a large, cherry tree lined lawn, and is a popular spot for taking photos of the castle and for viewing cherry blossoms. A ticket booth can be found at the far end of the bailey, where the Hishi Gate marks the entrance to the paid area.

The labyrinth-like approach from the Hishi Gate to the main keep leads along walled paths and through multiple gates and baileys with the purpose to slow down and expose attacking forces. At the heart of the complex stands the main keep, a six story wooden structure. It is one of only a handful castle keeps in Japan that feature wing buildings, adding complexity to its appearance.

Visitors enter the main keep through an entrance in the lower floor of the building and climb upwards via a series of steep, narrow staircases. Each level gets progressively smaller as you ascend. The floors are generally unfurnished and display just a few multilingual signs explaining architectural features such as portholes, rock chutes and concealed spaces as well as renovation efforts made over the years to preserve the structure.

The topmost floor houses a small shrine and lets visitors peer out in all directions, down over the castle roofs, at the maze-like defenses below and out across the city of Himeji. You can also admire an up close view of the fish-shaped roof ornaments that are believed to protect from fire.

After exiting the keep, visitors can make their way back to the Hishi Gate. Before leaving the paid grounds, they have the option to explore one additional bailey, the west bailey (Nishinomaru) which served as the residence of a princess and provides views of the main keep from a different perspective. A long building with an enclosed corridor and multiple unfurnished rooms survives along the bailey's walls and can be entered by visitors.

Himeji Castle is also a highly popular cherry blossom spot during the short and crowded blooming season which usually falls into early April. On busy days, such as during the cherry blossom season, Golden Week and the summer holidays, visitors may encounter considerable waiting times for entering the interior of the main keep. The number of visitors allowed to enter the main keep may be limited by the used of numbered tickets. 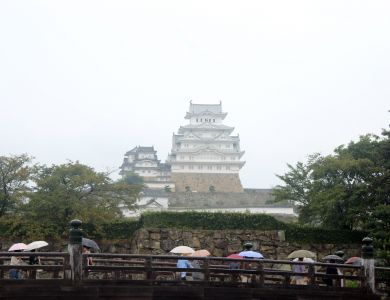 It was a rainy day when I visited Himeji Castle. I figured if there is only time to visit one castle, I would go for the largest a... 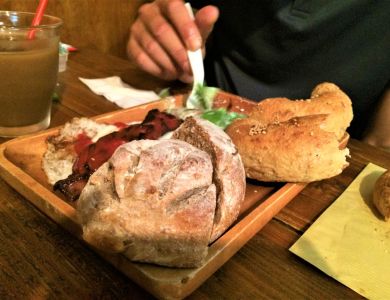 Bakery Lamp is a reputable bakery near the famous Himeji Castle – a UNESCO World Heritage Site. The entrance of the bakery is hidd... 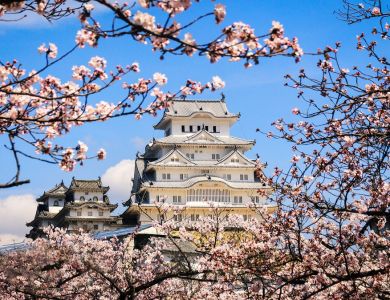 Himeji Castle- registered in 1993 as one of the first UNESCO World Heritage Sites in the country. Historic and beautiful cast... 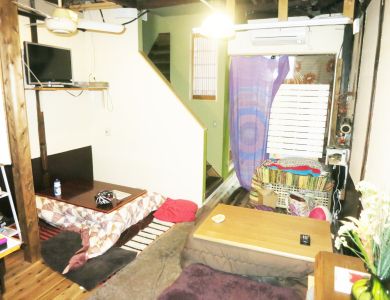