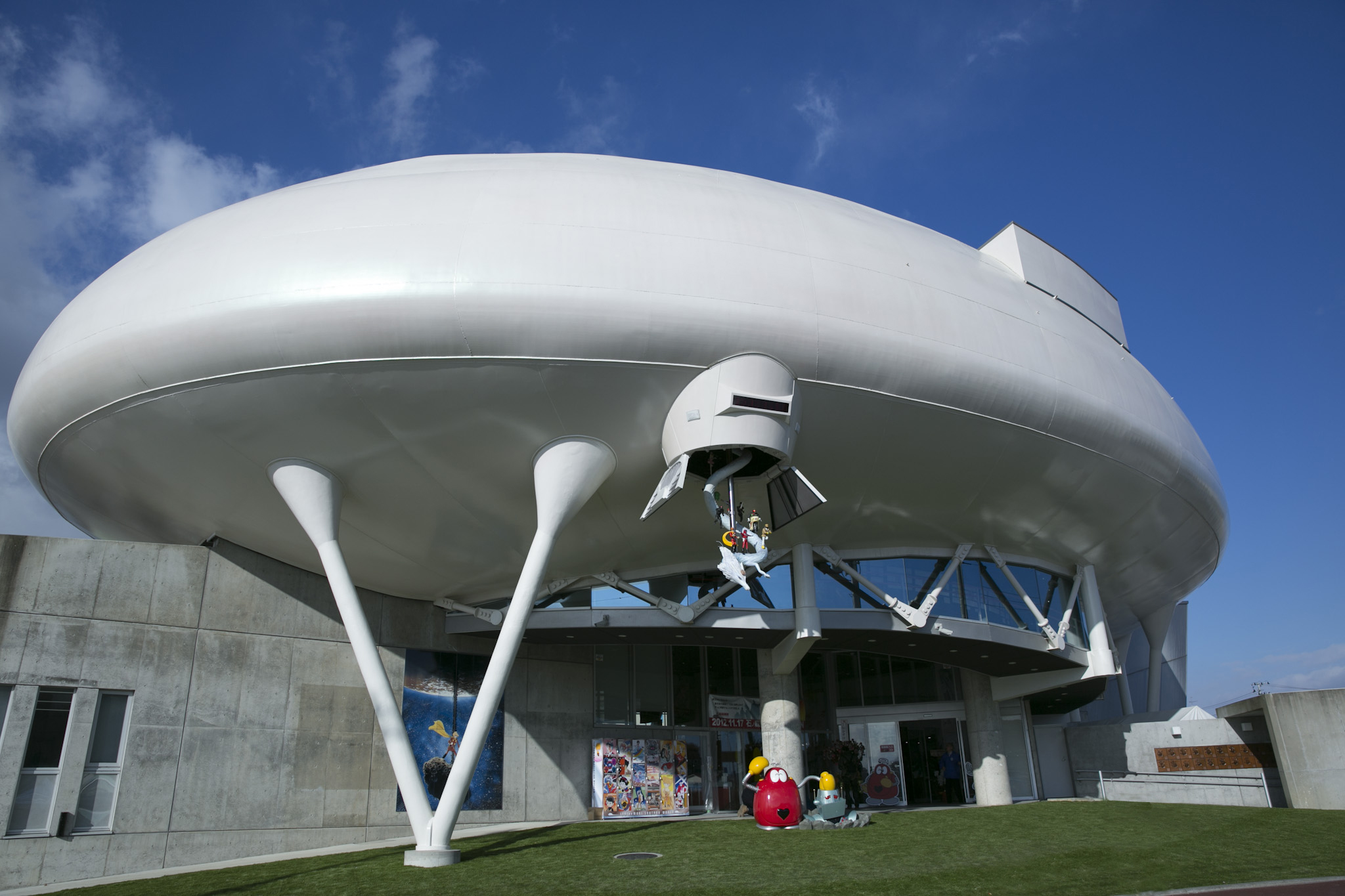 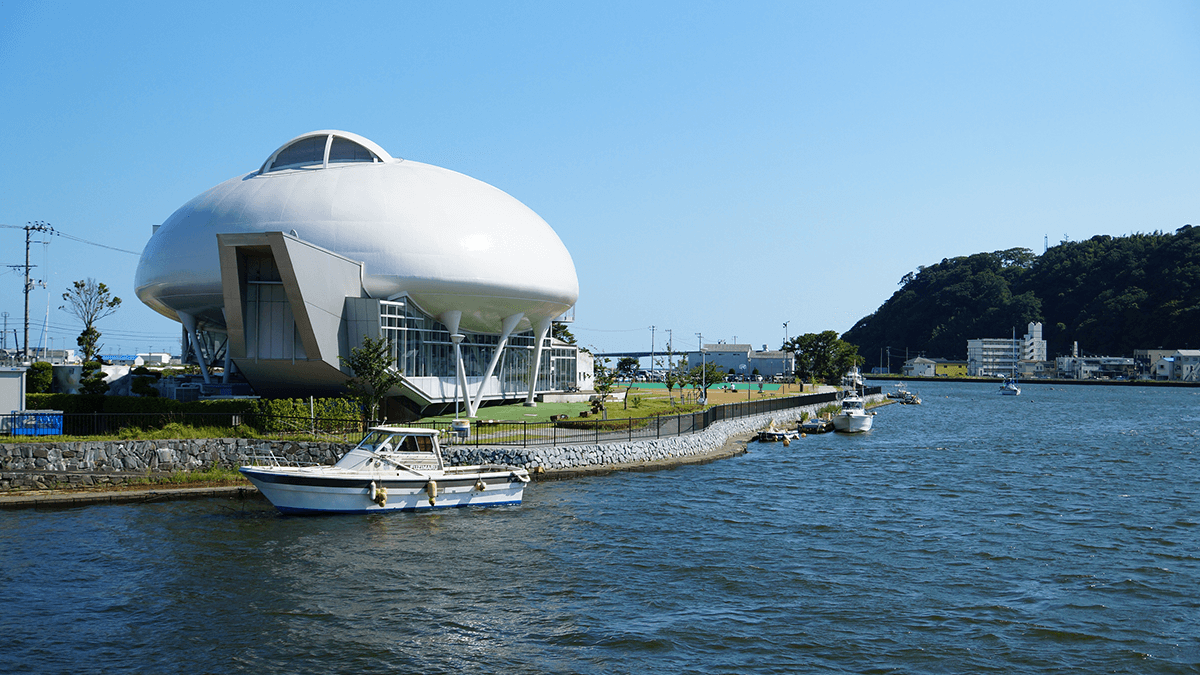 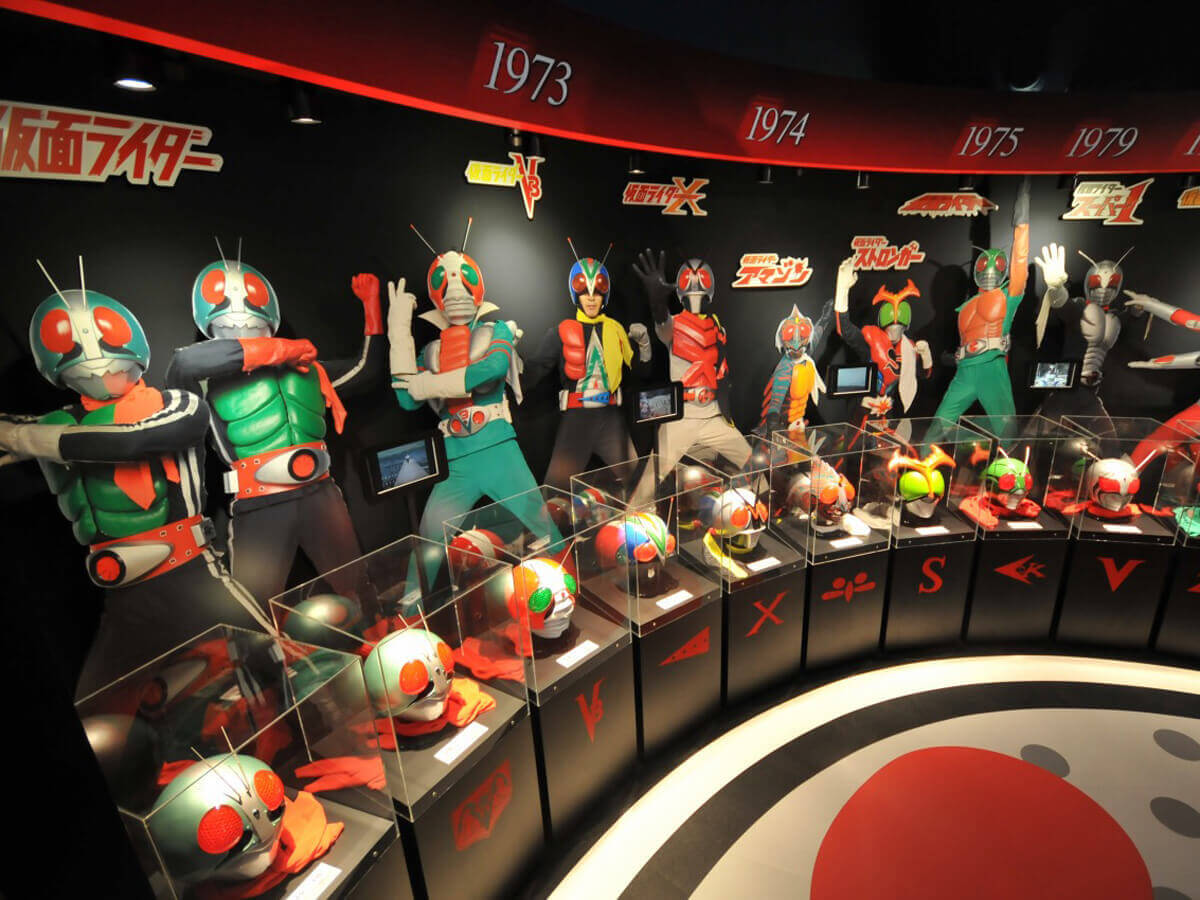 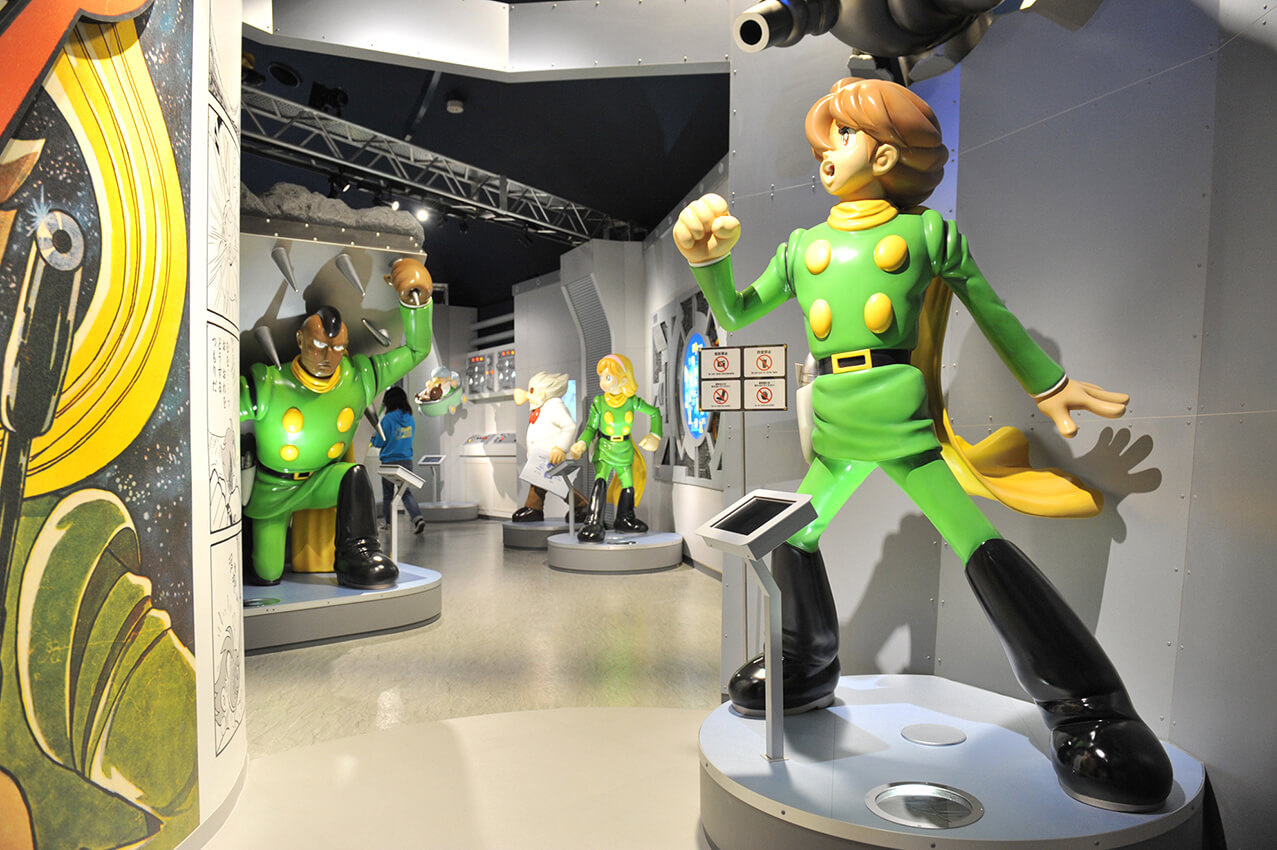 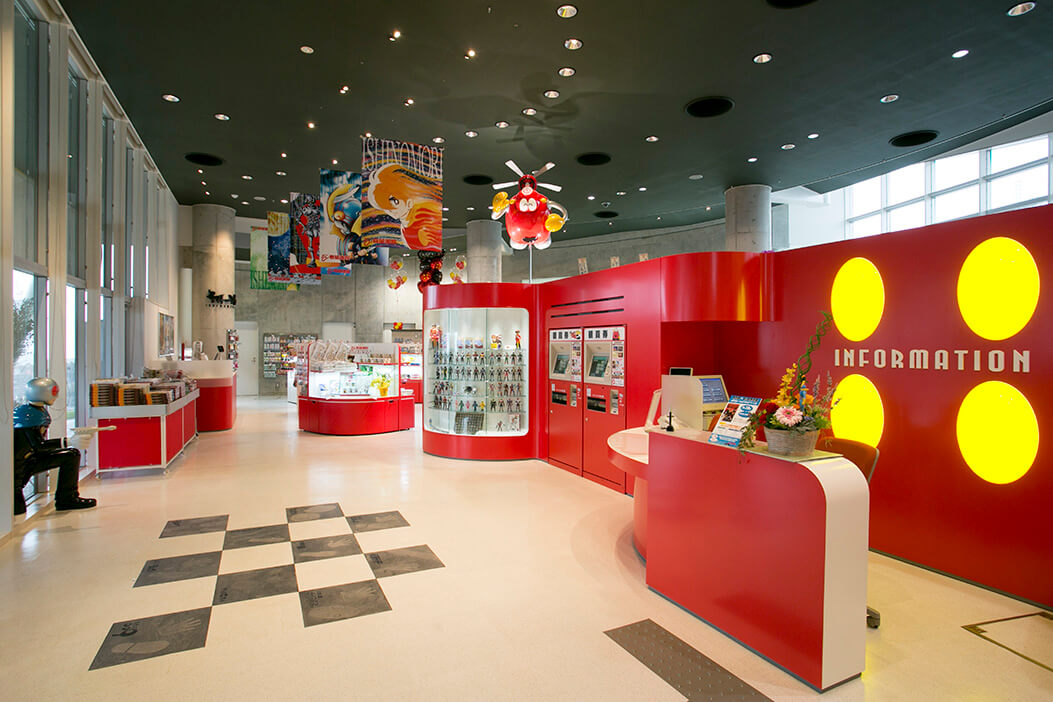 The Ishinomori Manga Museum (石ﾉ森萬画館, Ishinomori Mangakan, a.k.a. Ishinomori Mangattan Museum) is an art museum in Ishinomaki City that is dedicated to manga artist Ishinomori Shotaro (石ノ森章太郎), who was borned in neighbouring city Tome, but had resided in Ishinomaki. His massive works include Cyborg 009 and Kamen Rider. In 2008, the “Shotaro Ishinomori Complete Works of Manga” published from Kadokawa Shoten was awarded Guinness World Record for ‘most comics published by one author.’When Ishinomori Shotaro was young, he used to ride his bicycle for 3 hours to Okada Theatre in Nakaze area for movies. So when he met then Ishinomaki mayor in 1995, the center of Ishinomaki City had vacant streets with shops’ shutters closed shut then. In order to become a forefront while bringing vibrancy back to the city, an idea rose to mind between Ishinomori Shotaro and Ishinomaki City senate to build a Manga Museum in Nakaze, in what was then known as the ‘Manga Land Project’, that's how the museum came about.Ishinomori Manga Museum, opened in 2001, is an egg shaped 3-storey building designed by the manga artist himself. It is located on an ship-shaped island that resemble Manhattan (New York) in the mouth of the Kyukitakamigawa River near Nakaze, displaying a collection of comics, statues and artworks from his numerous manga series.When tsunami struck in 2011, it destroyed almost the entire collection on level 1, and kept visitors stranded on the upper levels for days. Although the survivors were deprived of bare necessities, it was said that Ishinomori Shotaro's work had kept them motivated throughout the ordeal before they were finally rescued. Some even believed it was the spirit of Kamen Riders that shielded them from further harm.The museum eventually took almost 2 years to restore, and now stands to become an icon to commemorate the resilient spirit of the Tohoku people.Getting there:15 minutes (1.1km) walk from JR Ishinomaki station (石巻駅). 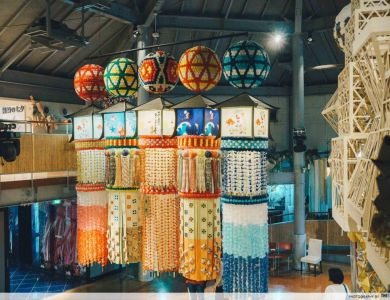 Also in the prefecture of Miyagi, is the Sendai Tanabata Museum. To fully appreciate the beauty within this small museum, one must... 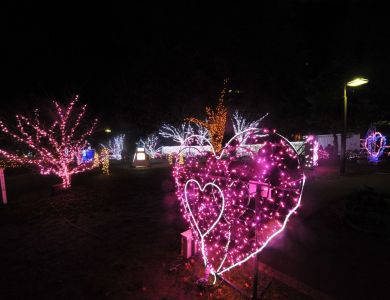 Catch the dazzling lights of the Sendai Pageant of Starlight at the Jozenji-dori Avenue which is the main street of Sendai startin... 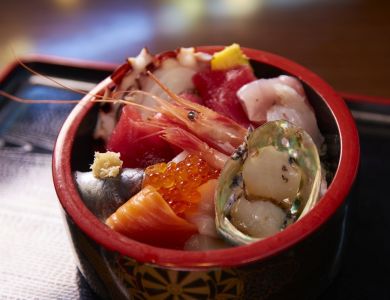 A fine place to pamper your palate, Matsushima is well-known for her all-you-can-eat oyster shacks. In addition, there are other l... 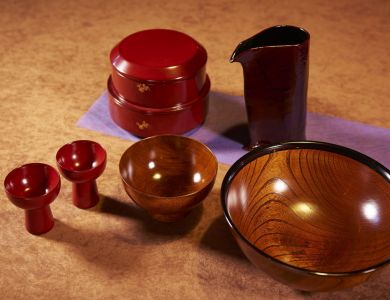 Naruko Lacquerware has been around for centuries and its crafting technique was passed down from generations to generations. One s...