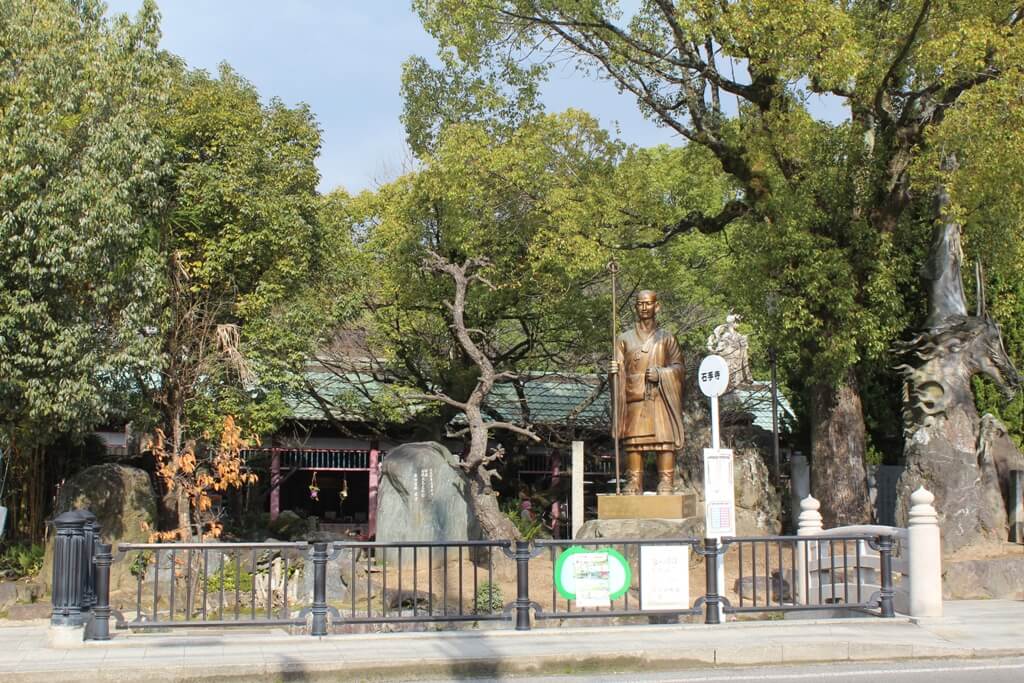 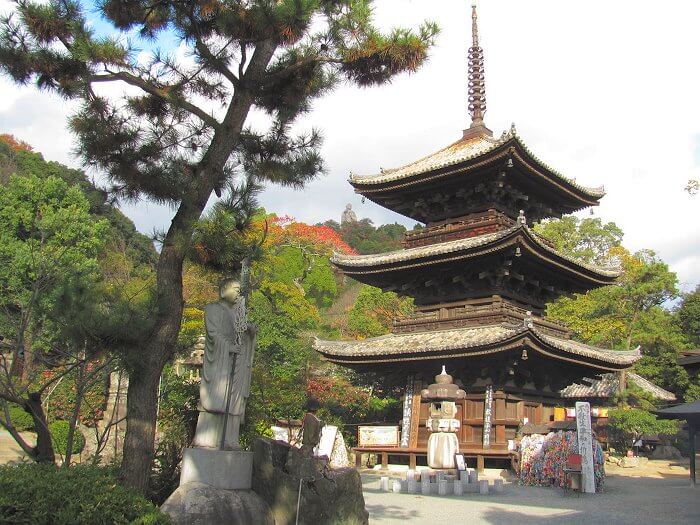 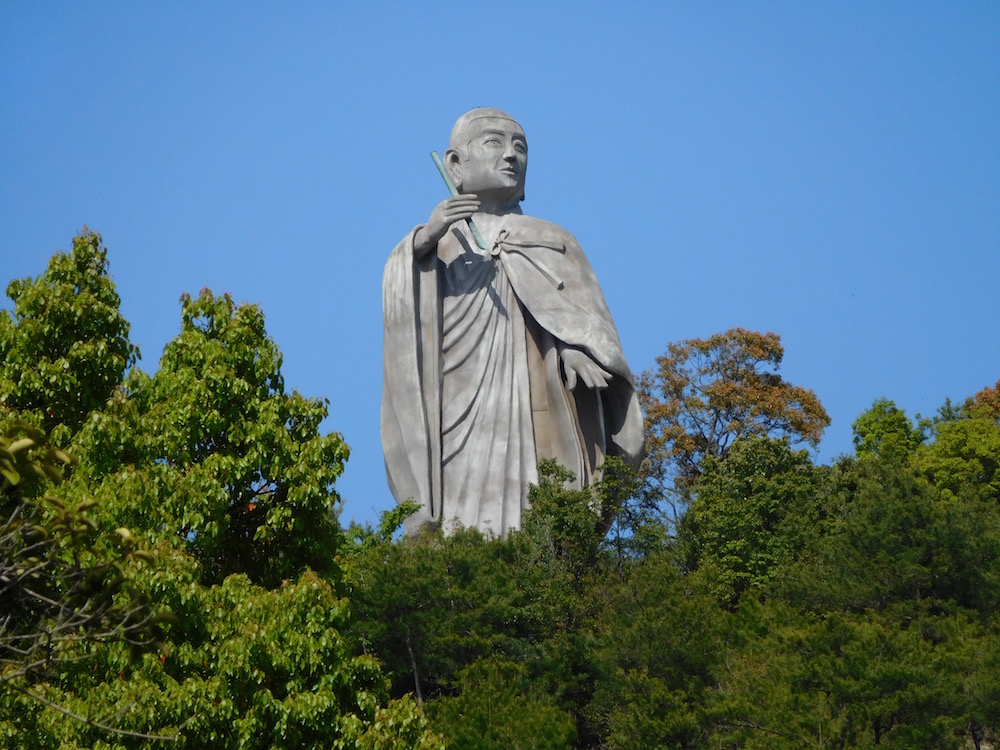 Most tourists visit Matsuyama for one big reason, Dogo Onsen. But beyond the famous hotspring house lies another fascinating attraction unknown to many, Ishite-Ji (石手寺, which means stone + hand in English), the 51st temple in Shikoku Pilgrimage route.

Those who have been to Shikoku, Japan's fourth largest island and probably the most neglected one, may have heard of Shikoku Henro (四国遍路), or the Shikoku Pilgrimage route, involving 88 temples scatter all over the island. Shikoku Pilgrimage route was developed by a very famous monk, Kūkai (Kōbō Daishi), who came out this punishing route as a devotion of his belief in Buddhism. Until today, his successors and followers still adhere to this route, though many these days already resort to vehicles in attaining the feat, but there are still some temples which are out of the way and require extensive hiking to reach. Pilgrims usually start from temple number 1, Ryozenji in Tokushima, and ends at temple number 88, Okubo-ji in Kagawa. Pilgrims may also choose to proceed in the reverse way.

There is an interesting story how the name of the temple came about. Kūkai once came to the house of a clan leader by the name of Emon Saburō for alms. But the evil clan leader not only turned him away, he also broke Kūkai's alms bowl into 8 pieces. Emon Saburō had 8 children. The day after he broke the monk’s bowl, his 1st boy died. After that, all his remaining children died one by one. He believed this happened because of his evil deed, so he took off on a journey to find Kūkai and seek his forgiveness. Even after taking off and circling the 88 temples 20 times, Emon Saburō didn’t meet Kūkai. He then thought he might meet Kūkai if he went around the other way, so he started to visit all the temples again but this time in reverse. However, when he finally found Kūkai, the clan leader was already terminally ill. Before he died, he made a wish to become the governor of a province in his reincarnation. Kūkai put a pebble into Emon Saburō's left hand with the writing "Emon Saburō comes again", shortly after, the clan leader passed away. Many years later, a boy was borned in Yuzuki castle with his fist clamped and won't open. In the spring of his 3rd year, the boy attended a cherry blossom viewing party. He put his hands together, faced south and prayed three times. Suddenly his hand opened and out fell a pebble. His servant picked it up and read the inscription “Emon Saburō comes again”.

Regardless whether the story is real, Ishite-Ji is fascinating for another reason. There is a secret cave hidden in the temple which lead to the back of the mountain. Along the way are many Buddha statues in barely lit condition. When you come out the other end of the tunnel, you will be greeted by a 100-foot statue of Kūkai striding across the mountains. The mountain behind the temple also holds a few surprises: a scrambling rock pathway leads up the mountain, where two spooky caves are yours to explore (even most locals don't know about them). To say Ishite-Ji is probably the most fascinating temple in the world is truly an understatement! 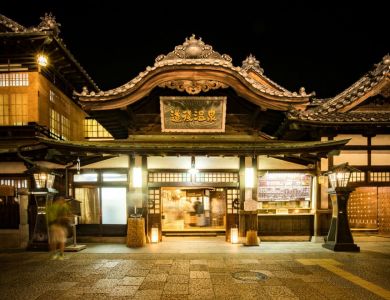 〜The oldest hot springs in Japan〜Dogo Onsen has a history stretching back 3,000 years. The springs are mentioned in Nihon Shoki an... 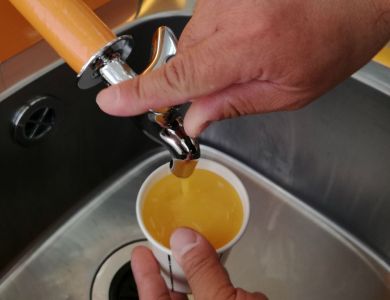 Orange Juice From A Tap

～The Rumours Are True! You Can Get Orange Juice From A Tap!～There have long been rumours in Japan about a place where you can get ... 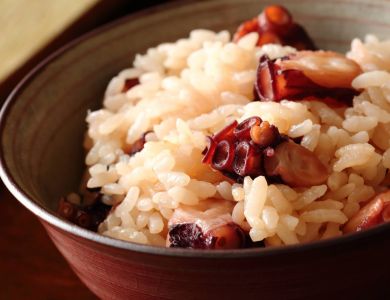 If the main thing you look forward to on holiday is good food, a trip to Matsuyama City on Shikoku Island will be extra rewarding.... 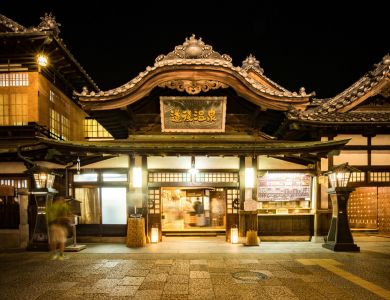 While Japan is known for its many hot springs (or onsen), Dogo Onsen in Ehime Prefecture is particularly famous for being the olde...