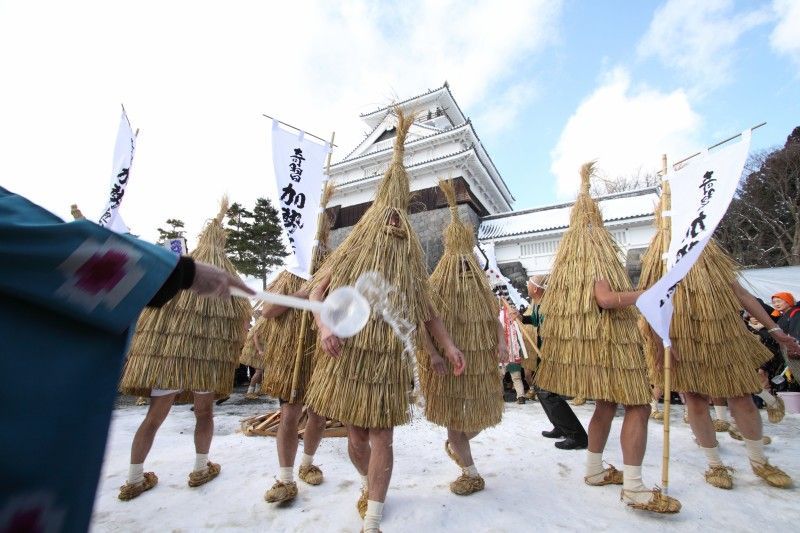 Think you know all about Tohoku festivals? What about this?

Every year on 11 Feb in Yamagata prefecture's Kaminoyama-shi (上山市), there is a bizarre festival (oh actually, almost every Japan festival sounds bizarre to me!) featuring legendary bird, Kasedori.

In the past, the region had been savaged by fire, and it was said that Kasedori brought water to put out the fire. Since then, and for over 350 years, the locals held a festival to commemorate the legendary bird on every 11 Feb. During this day, some local chaps will stripped down to their loincloth before putting on the straw-made costume called Kendai. They would then perform the ritual of dancing and shrieking like Kasedori, while people splash water on them, some even use water hose! Easy feat? Not when you learn that the temperature can be approaching freezing point during that period, and let's be reminded that the performers only wear a loincloth underneath the already wet costume!

In fact, there are several meanings to the festival. In the olden days, water tends to choke easily because of the temperature, the festival will keep the locals mindful of choking water especially in the case of sudden fire. Next, it is also believed that both the performers and the people who splash water on them will receive lots of blessing. In addition, if the audience pick up stray straw from the performers' costume and tie it to their hair, it would bring more radiance to their hair!

The ritual begins at 10am in front of Kaminoyama castle open space, and the subsequent parade will see the performers walk all the way pass Kaminoyama station before ending at York Benimaru supermarket in Kaminoyama. 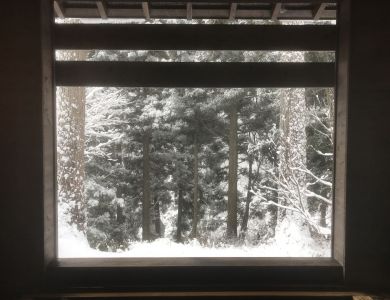 Always wanted to experience Ginzan Onsen in snowing condition but it was early December and snow does seem to come early. However,... 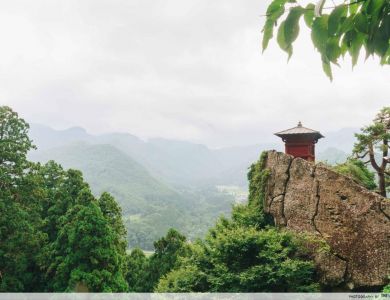 Visiting the Yamadera Risshakuji Temple in the Yamagata prefecture is akin to seeking out the Vatican City in Rome - it’s just tha... 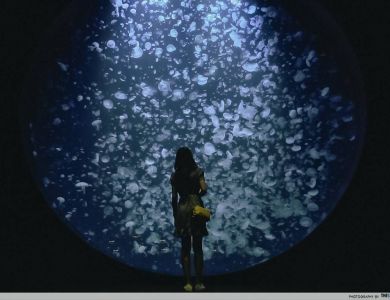 Jellyfish. There’s something hypnotic about the way these iridescent beauties move around their tanks. If you're mildly obsessed w... 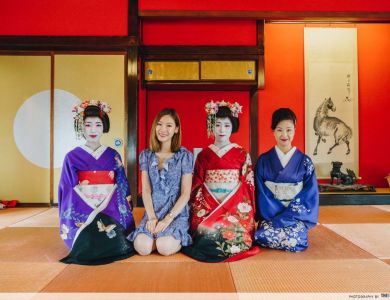 Going Maiko or Geisha-spotting is one activity you'll find on almost every Japan bucket list. And while most try their luck at Kyo...