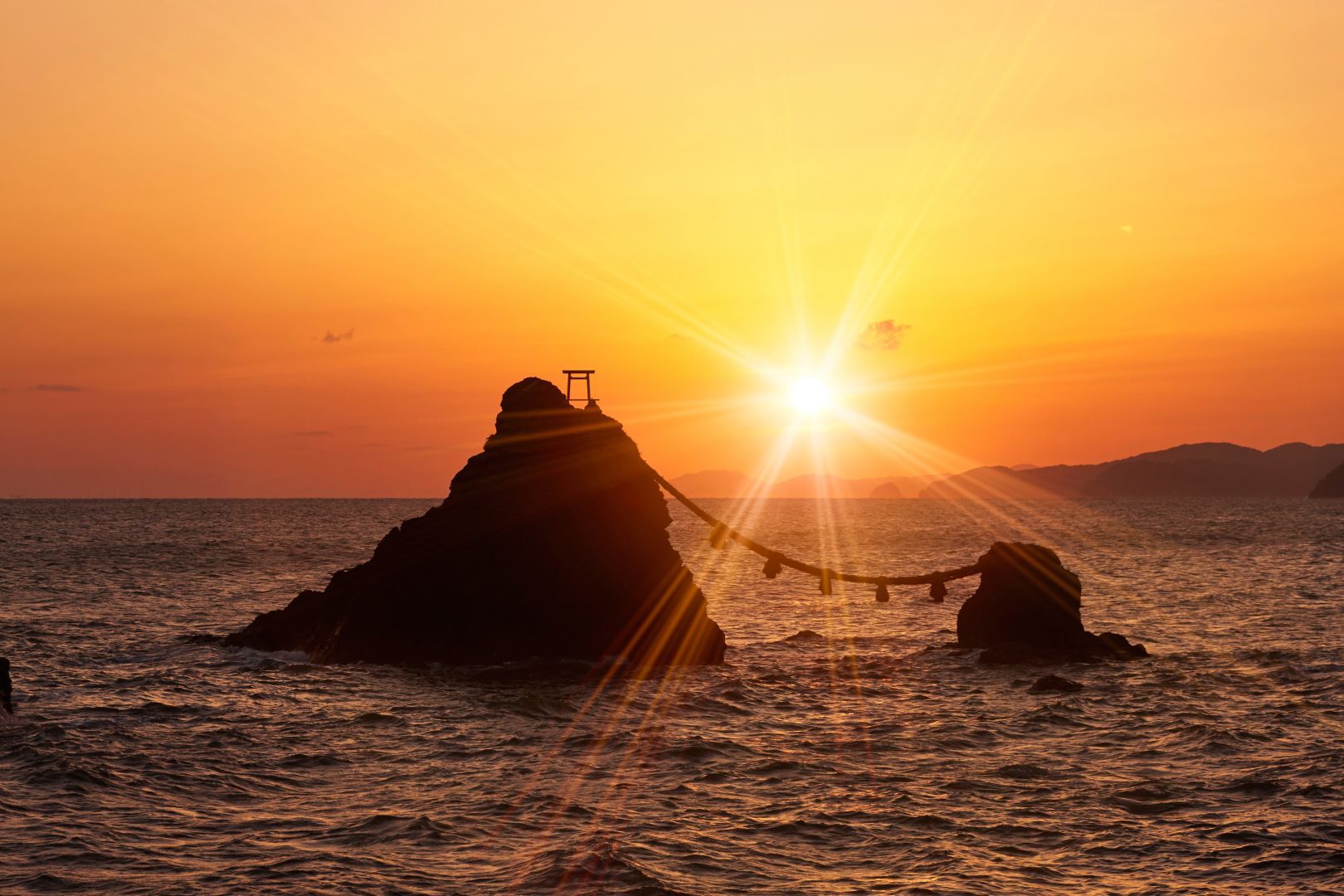 Meoto Iwa are two rocks located off the coast of Ise City, Mie prefecture. They are joined together by a large sacred straw rope called a shimenawa.

On sunny days around the summer solstice, you can see scenery of miracle between Meoto Iwa, which the sun rises on top of Mount Fuji located far away.

The sunrise is at 4:14 at Meoto Iwa on the summer solstice. Why not visit and see the scenery of miracle for yourself? 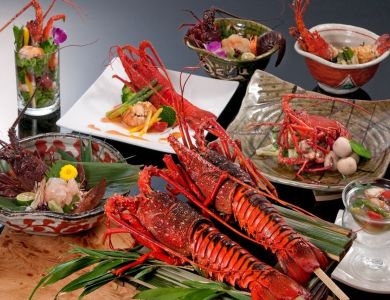 The Japanese spiny lobster called Ise Ebi is known as the king of seafood. In the Ise-Shima area of Mie Prefecture, it is prohibi... 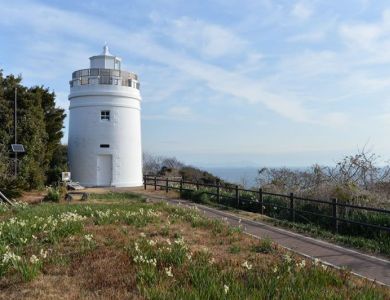 “Daio-saki Lighthouse” is a white lighthouse built on the tip of a peninsula surrounded by the rushing waves of the Pacific Ocean,... 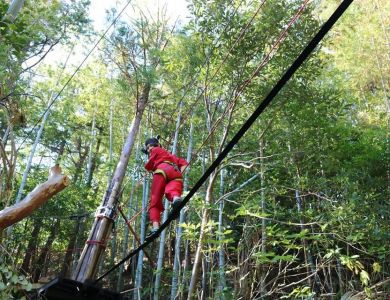 The “Ninja Forest Adventure” attraction in the theme park “Ninja Kingdom Ise“,where visitors can learn about the history and cultu... 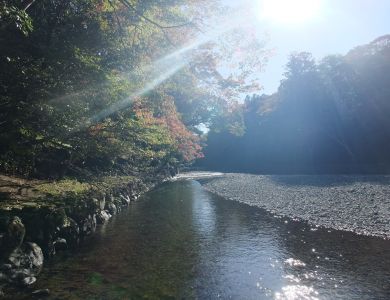 Let's face it. I love to visit shrines and temples that are located all over Japan. Not only most of them holds all these interest...