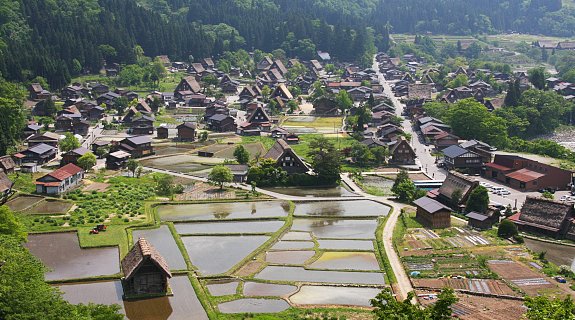 The Shirakawa-go (白川郷, Shirakawagō) and neighboring Gokayama (五箇山) regions line the Shogawa River Valley in the remote mountains that span from Gifu to Toyama Prefectures. Declared a UNESCO world heritage site in 1995, they are famous for their traditional gassho-zukuri farmhouses, some of which are more than 250 years old.

Gassho-zukuri means "constructed like hands in prayer", as the farmhouses' steep thatched roofs resemble the hands of Buddhist monks pressed together in prayer. The architectural style developed over many generations and is designed to withstand the large amounts of heavy snow that falls in the region during winter. The roofs, made without nails, provided a large attic space used for cultivating silkworms.

Ogimachi, Shirakawa-go's largest village and main attraction, makes a good day trip from Takayama, or a stop on the bus journey between Takayama and Kanazawa. The best way to experience the town, however, is to stay overnight at one of the farmhouses, many of which now serve as minshuku.

Gokayama is a little more difficult to access and requires a change of buses in Ogimachi. Less developed and less crowded than Shirakawa-go, its villages are smaller, more intimate and with less intrusion from modern buildings. Gokayama's nicest villages are Suganuma and Ainokura. 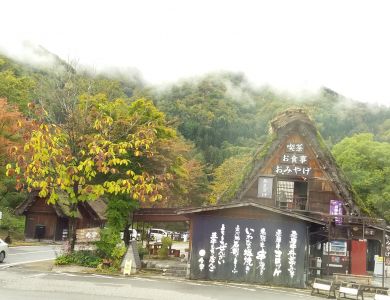 I love this UNESCO Heritage site not just for its charming traditional farmhouses but the whole village because it is so beautiful... 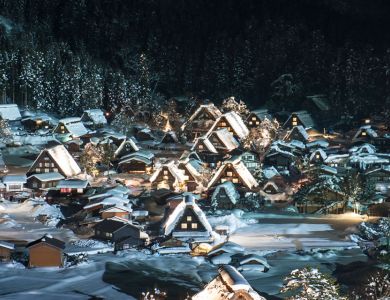 To visit Japan In its full winter glory Would be our wish — Japan by Japan, Grant our wish, pretty please? Love, Rai & Melly... 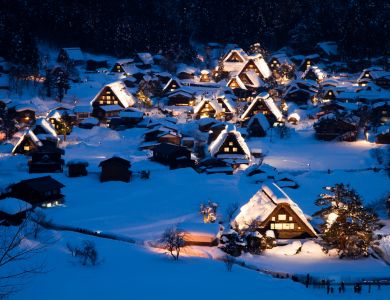 UNESCO World Heritage Site with traditional thatched roof houses. Shirakawa-go is situated at the foot of Mt. Haku-san in north... 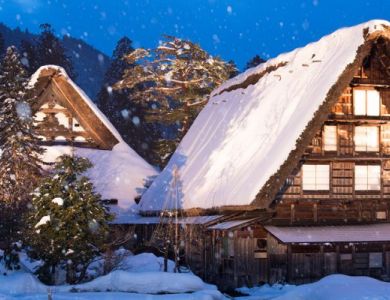 Every winter, the wooden farmhouses of Shirakawago, a designated World Cultural Heritage Site since 1995. Located in the mountains...